Though we have been traveling to France for decades, my husband and I had never visited the Basque country. We’d been to Burgundy, Provence, and Brittany, but the southwestern area of France that boasts the glorious Pyrenees and an exquisite coast line on the Atlantic remained unknown to us. So we flew into Paris last week, kept our bags packed, and took off for points southwest with our friends, Harriet and Philippe. 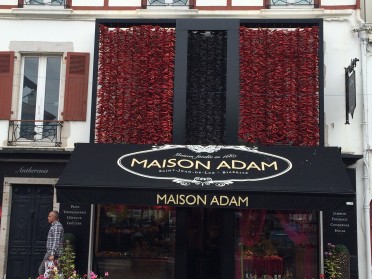 In front of the Bilbao Guggenheim 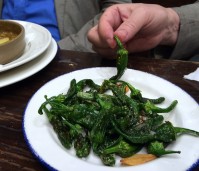 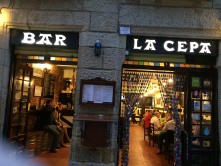 Inside the Bilbao Guggenheim 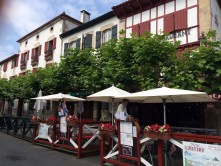 Hilltown village of Sare in France 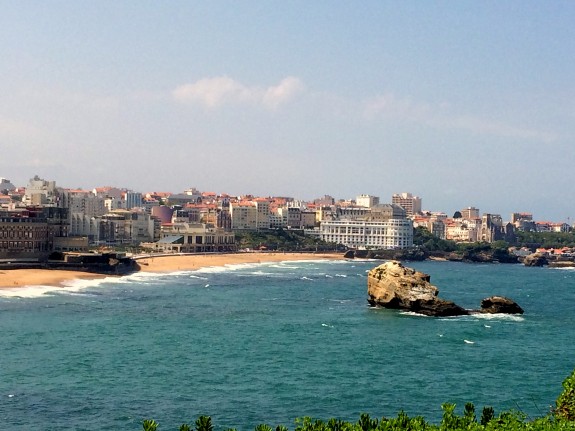 En route we stopped by St. Emilion in the verdant wine country, and took a quick tour of Bordeaux. Then we headed for St. Jean de Luz, a charming, old coastal town near the Spanish border. The quaint white-washed houses with their traditional rust or black trim caught our eyes as did the elegant cathedral located in the heart of town, where Louis XIV of France married Marie Thérèse of Spain in 1660. Next we crossed the border to Spain, traveling to Bilbao to see the magnificent Guggenheim Museum designed by Frank Gehry. We walked the cobblestoned streets of San Sebastiàn, another town nestled in a protected port. After winding through the mountainous terrain dotted with Basques farms, we had a light lunch in Biarritz, a ritzy resort town, favored by Russian nobility in the late 19th century. It is still redolent of the belle époque. END_OF_DOCUMENT_TOKEN_TO_BE_REPLACED 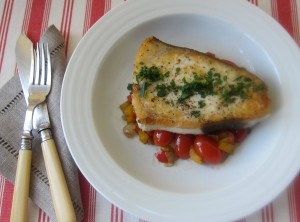 Last month while eating in La Régalade St. Honoré, a favorite Parisian bistro of mine, I ordered cod studded with bits of chorizo. When the dish arrived at the table, there in a shallow bowl was a beautifully cooked cod fillet (studded with long strips of chorizo) set atop a colorful piperade, surrounded by a foamy fish broth. Every bite was heaven, so I took notes knowing I’d attempt a version of my own at home. END_OF_DOCUMENT_TOKEN_TO_BE_REPLACED